What Is a Buydown? How to Reduce Your Interest Rates with a Mortgage Buydown 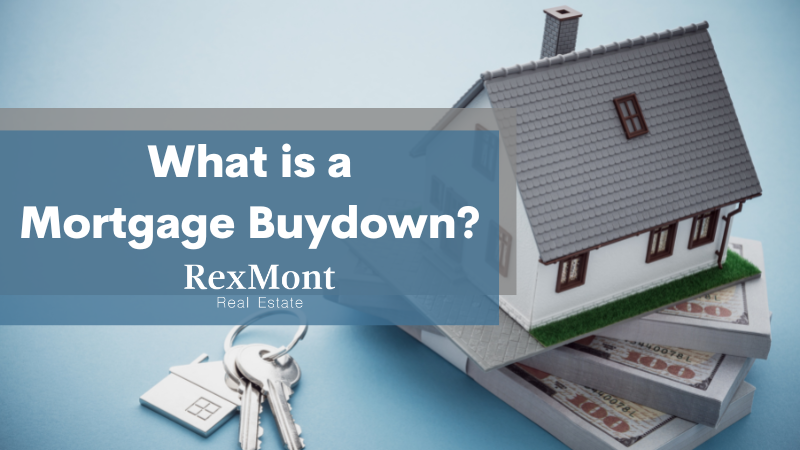 With rising interest rates, homebuyers may look for ways to reduce their monthly payments. A buydown is an option in many mortgages that allows buyers to pay a lower interest rate for the first few years of the loan. Some buydowns are permanent. Before making a choice, buyers should understand how they work.

For informational purposes only. Always consult with a licensed mortgage or home loan professional before proceeding with any real estate transaction.

How Does a Temporary Buydown Work?

A buydown is designed for buyers expecting to increase income over time. Depending on the type of buydown, the borrower gets a discounted interest rate for a set period, usually one to three years. It can be paid by the buyer, seller, or builder.

Lenders offer buydowns for specific mortgages, typically restricted to buyers of primary or second homes. It is possible to get a buydown with a conforming or government-backed mortgage, but buyers should research limitations to be sure.

What Types of Buydowns Exist?

There are several buydown options, including:

Permanent buydowns last for the entire loan term, while temporary buydowns typically end within three years, with gradual increases in the interest rate. The cost of the buydown depends on the loan amount and the decrease.

A 1-0 buydown is the simplest and shortest of buydown types. It decreases the mortgage interest rate by 1% for the first year of the loan, increasing that amount at the end of the year. For example, a 30-year fixed-rate loan of $300,000 with a 7% interest rate would have a payment of about $2,000 per month. A 1-0 buydown would change the cost to about $1,800 for the first year, a $200 monthly savings. That $2,400 could help cover additional expenses related to homeownership.

A 2-1 buydown provides two years of reduced rates, gradually increasing over time. The first year of the loan is 2% lower, and the second year is 1% lower. If a buyer looks at a 30-year fixed-rate loan at $300,000 and a 2-1 buydown starting at 5%, the first year of payments would be just over $1,600 per month. The second year would be around $1,800 per month, followed by $2,000 per month after the buydown ends. Borrowers would pay about $7,100 less in monthly payments during that time.

Buydowns involve a higher up-front cost to the buyer or seller but can provide several advantages. The buydown acts as a way for buyers and sellers to get a financial benefit from the transaction, which can help with contract negotiations.

A buydown can be an advantage for buyers who anticipate an increase in income over time or want to refinance the home after a year or two. Buyers typically must qualify at the loan's market rate, so the buydown acts as a convenient incentive for buyers to go through with the loan. Longer buydowns may make more sense for buyers who plan to keep the loan long-term. If the seller or builder is paying for the buydown, that incentive can lead to thousands of dollars in savings in the first few years or a credit after refinance.

Buydowns can benefit sellers in a market where interest rates are rising and buyer demand is dropping. The longer home sits on the market, the harder sellers must work to entice qualified buyers to make an offer. Sellers who want or need to maintain a particular selling price may offer to finance the buydown as a concession instead of lowering the cost. That way, they are more likely to get the price they want while providing a practical incentive to the buyer.

Deciding whether to get a buydown depends on the buyer's goals for the home, the types of mortgages they can get, and their financial plans. If you're considering a buydown and want more information, contact Rexmont Real Estate today.

For informational purposes only. Always consult with a licensed mortgage or home loan professional before proceeding with any real estate transaction.