Welcome to your local Redmond, WA homes for sale & real estate resource. The city of Redmond is located in King County, Washington, where residents can enjoy many outdoor activities in the Bicycle Capital of the Northwest. For additional information, including sales history and prices, property disclosures, and more for Redmond properties for sale, or to schedule a home tour of any property listed below, contact your LOCAL real estate experts today! Read more about Redmond real estate.

Homes for Sale in Redmond WA

Planning to buy or sell a home in Redmond? Call Rexmont Real Estate at (425) 406-3791 today! Our team of real estate agents is ready to guide you through the Redmond, WA housing market.

These Redmond home listings are updated throughout the day from the Redmond, Washington MLS.

The property price, number of days on the market, square footage, year built, lot size, and other important listing details like assigned schools and construction type are listed on each Redmond MLS listing by the listing agent.

Review local Redmond property tax information and current status (active, under contract, or pending). Many properties have greenbelt locations and swimming pools, and these will be listed with Redmond community amenities such as golf courses and parks.

The real estate market for the Redmond community includes a mix of condominiums, townhomes, single-family homes, and luxury homes. Most homes average three bedrooms and two and one-half bathrooms with an average of 1,900 square feet to 2,500 square feet of living space. Many of the houses are on large, fully wooded lots. Average home prices generally range between the mid-$400s and $1.6 million, though luxury real estate and homes with acreage can often reach multi-million home values.

The mild climate throughout the area still offers residents four seasons to enjoy, without extreme temperature changes. In addition, this climate provides plenty of opportunities for residents to enjoy time at neighborhood parks, such as Marymoor Park.

The performing arts in Redmond include a mix of artists performing at the Redmond Performing Arts Center, including the Eastside Symphony and the SecondStory Repertory theater company. In addition, the community hosts a series of summer concerts hosted at the amphitheater in Marymoor Park during the summer months. Finally, the Redmond Saturday Market is Seattle's east side's oldest farmer's market, held on Saturdays from May through October.

The average commute for Redmond residents is approximately 35 minutes. Top employers in the area include Microsoft, Nintendo of America, WildTangent, and Data I/O.

Interstate 90 runs near Redmond, which takes residents to Seattle, approximately 30 minutes away. Seattle offers many things to see, do, and experience, including restaurants, shops, parks, and entertainment venues. Popular places in the city of Seattle include Chihuly Garden and Glass, Discovery Park, Space Needle, and Pike Place Market. Being this close to Seattle offers many opportunities for day trips or weekend getaways.

Those looking to buy a home in an exciting subdivision with access to many community amenities and close to Seattle for added enjoyment will love looking for a home in the City of Redmond.

Interested in buying a home in Redmond? Let our Redmond real estate experts guide you through the sale of your current residence or purchase of your new Redmond property. As local real estate agents, we have insider knowledge of the dynamics unique to real estate in Redmond, Washington.

Connect with Rexmont Real Estate to get more information about buyer or seller representation. Selling your Redmond property? Visit our market analysis page to receive a free home evaluation within minutes.

Search Homes For Sale in Redmond

Back to All Featured Communities

Back to Back to King County Real Estate 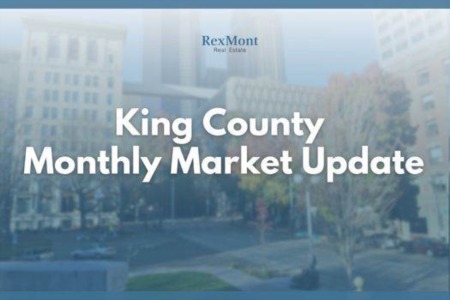 View All Blog Posts
All listings featuring the icon

are provided courtesy of the Northwest Multiple Listing Service (NWMLS), Copyright 2022. All rights reserved. The database information herein is provided from and copyrighted by the Northwest Multiple Listing Service (NWMLS). NWMLS data may not be reproduced or redistributed and is only for people viewing this site. All information provided is deemed reliable but is not guaranteed and should be independently verified. The information contained in these listings has not been verified by RexMont Real Estate and should be verified by the buyer. All properties are subject to prior sale or withdrawal. All rights are reserved by copyright. Property locations as displayed on any map are best approximations only and exact locations should be independently verified.